"THE STORY OF WHALE BEING REBORN AS OXYGEN”

”I AM WARLI”
"I AM FROM THE WARLI TRIBE”
Growing with the tribe and with nature surrounded warli people.
We could learn many things about how to balance with nature.
”When we will die we will become soil. & Life will be born again ”
People are growing with this philosophy from childhood and it's a logic of our world. 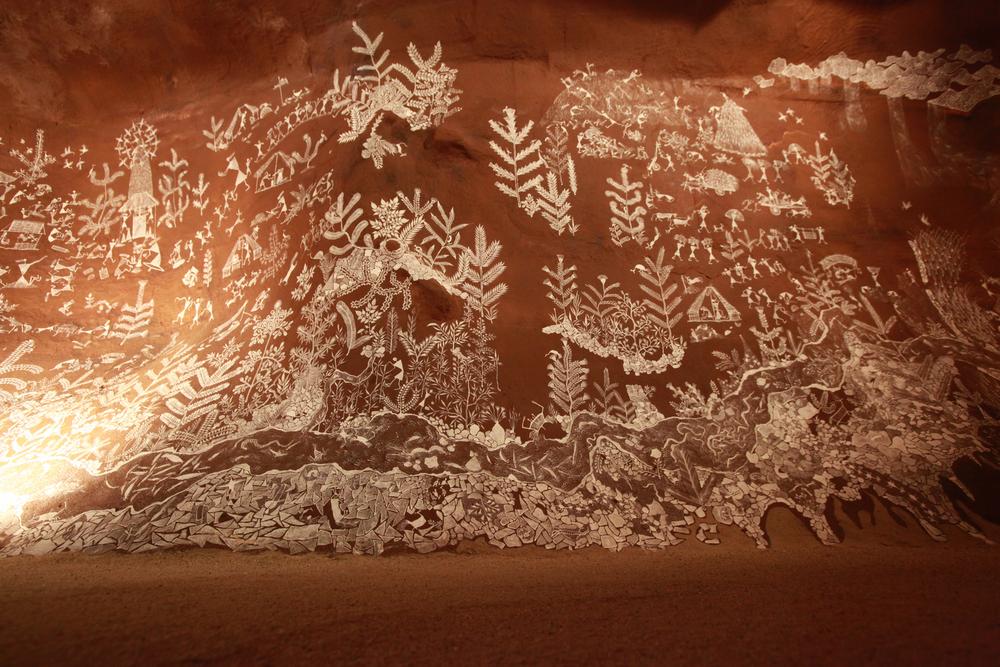 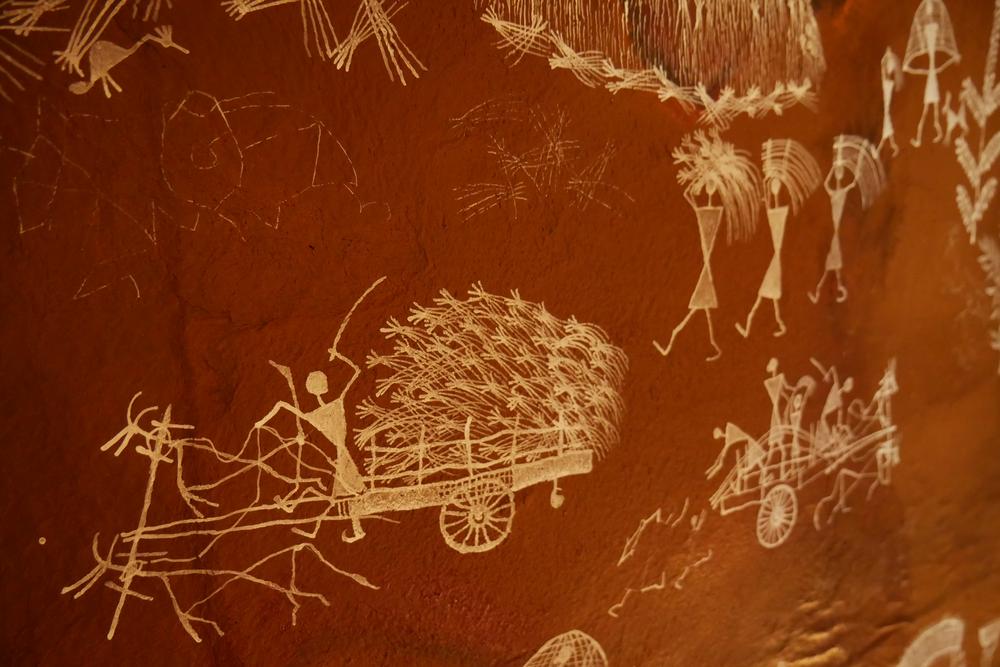 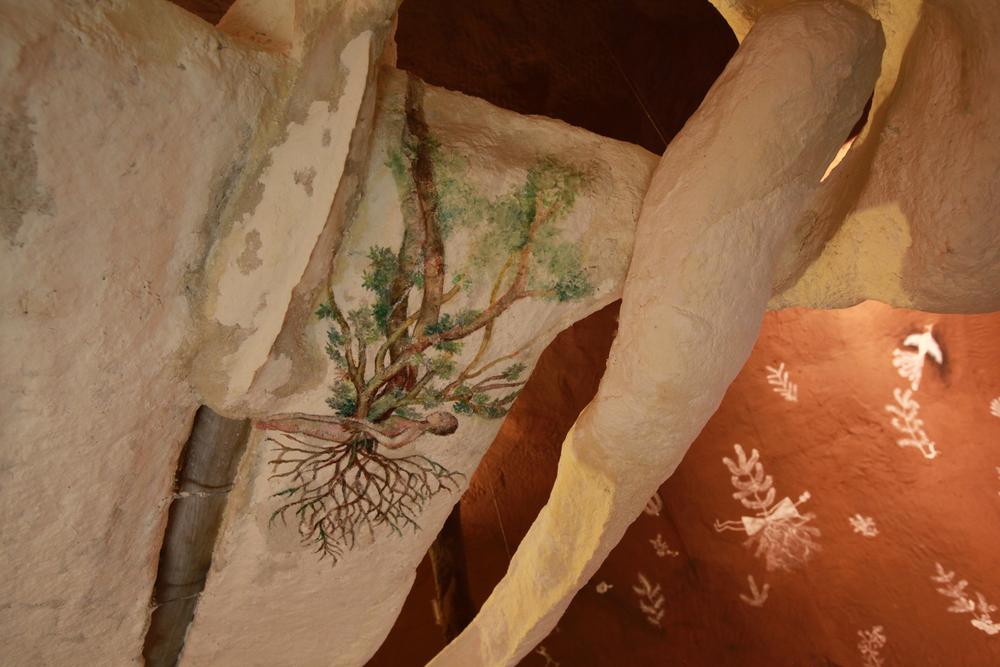 SEED OF THE OCEAN

Embradory Created by Awashima Girls Club WIth Maki Ohkojima as A collaboration part Of the CAVE. 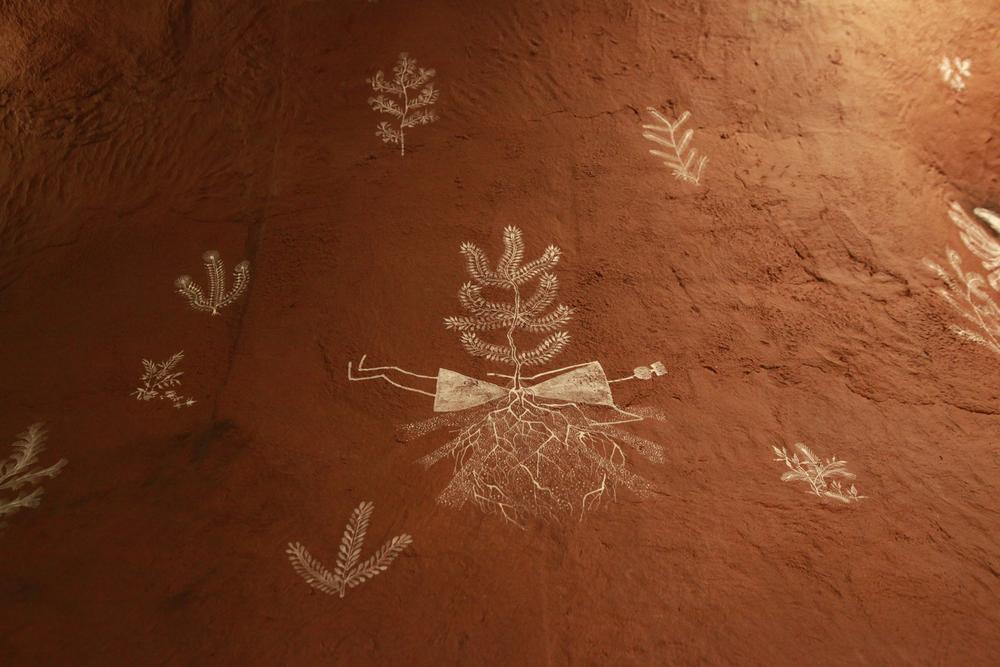 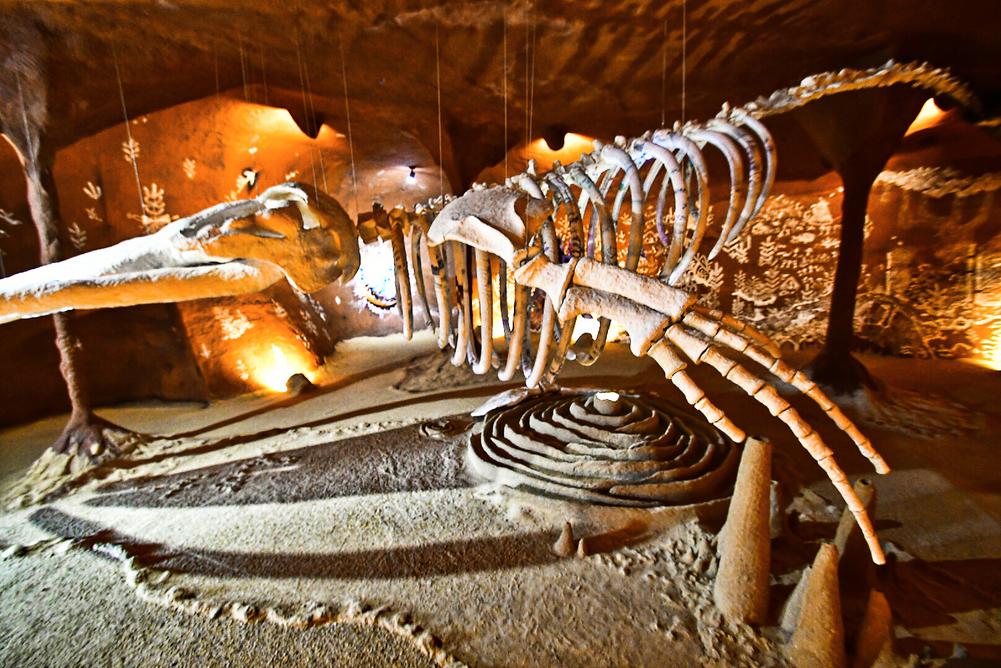 This CAVE mural narrates the journey of humankind

The Warli Tribal People have inherited the mural painting culture from thousands of years ago. We have our own language but we don't and have any script but warli murals and paintings are our alphabets to transmit the stories, myths, and experiences, and it expresses all emotions and everyday life in the Painted script. The beginning of the origin of the warli painting has been founded in Bhimbetka caves in the center of India's place call Madhya Pradesh.
”People once lived in a cave, used the cave as shelter. It was also the beginning of the storytelling culture. We made this cave to experience the first shelter of humans and other creatures. And show our roots”
To Make this cave we use old newspapers, the shredded paper of Mitoyo City office and schools, Plaster, glue & water on the timber including the abandoned houses of awashima. All those documents and current pieces of information around the world now melt as material, to back to the time, and return to cave primitives. We follow the imagination of our roots while making this cave. The whale inside the cave is looking at the present through the eye of nature. The whale a messenger synchronizing with the cave narrates towards everyone in this place. 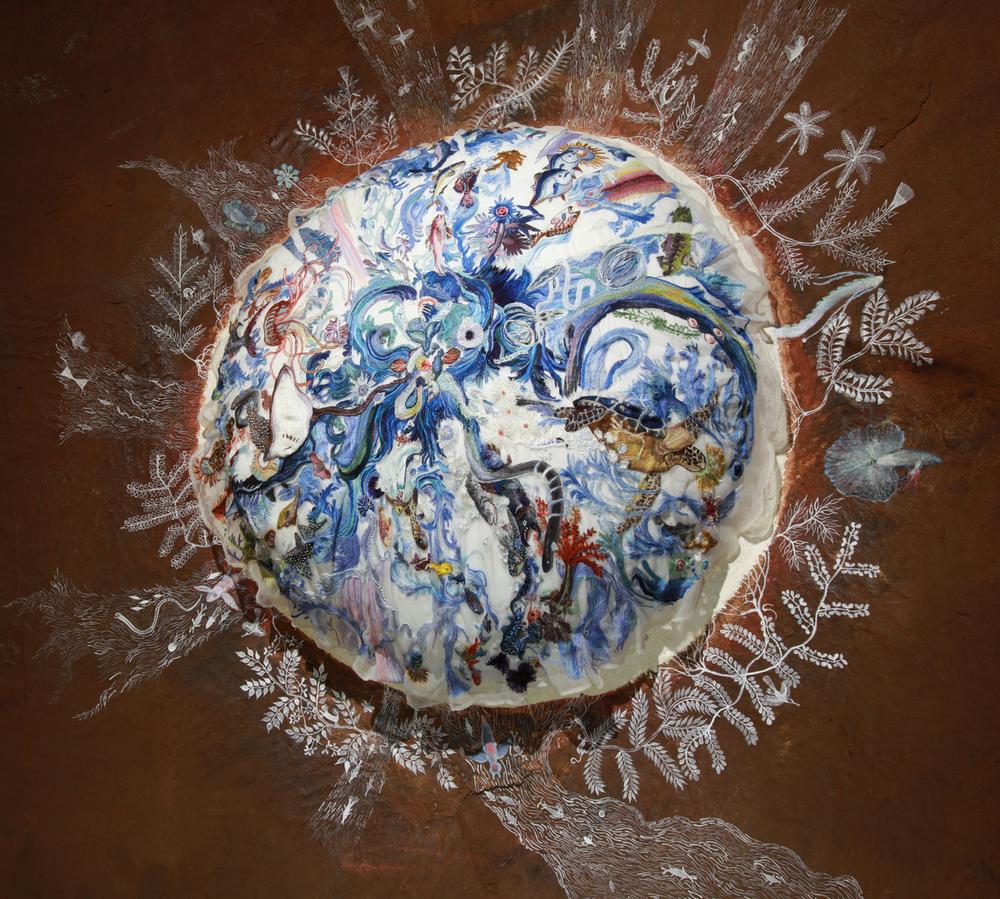 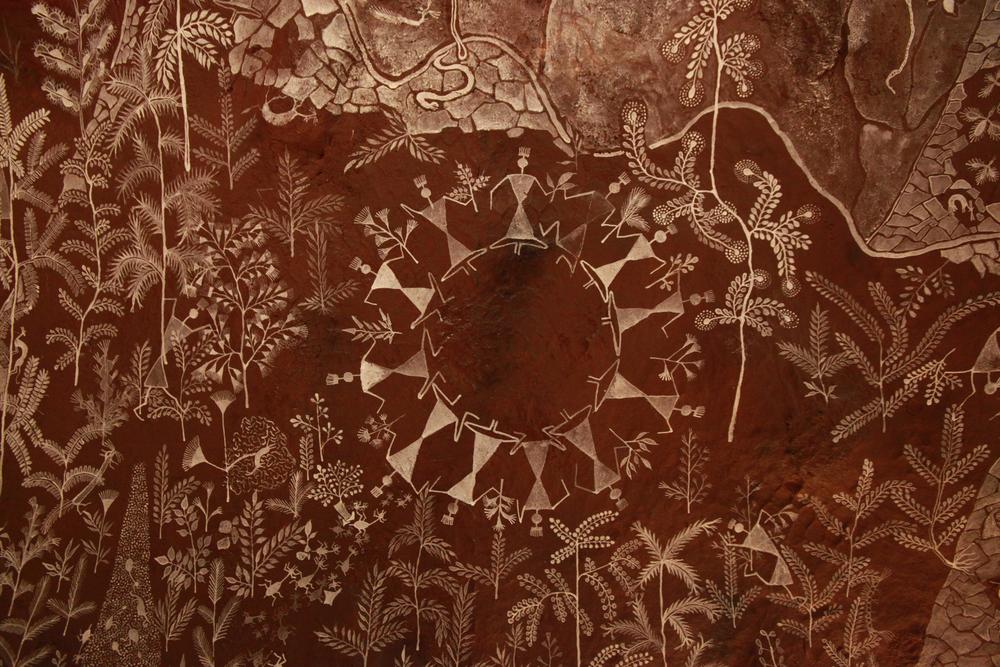 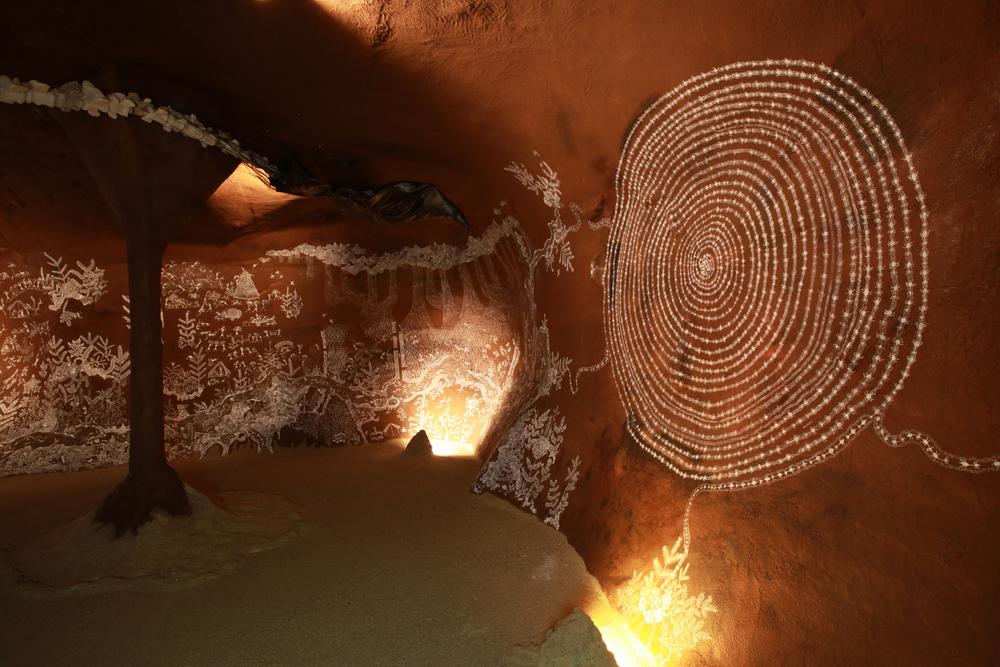 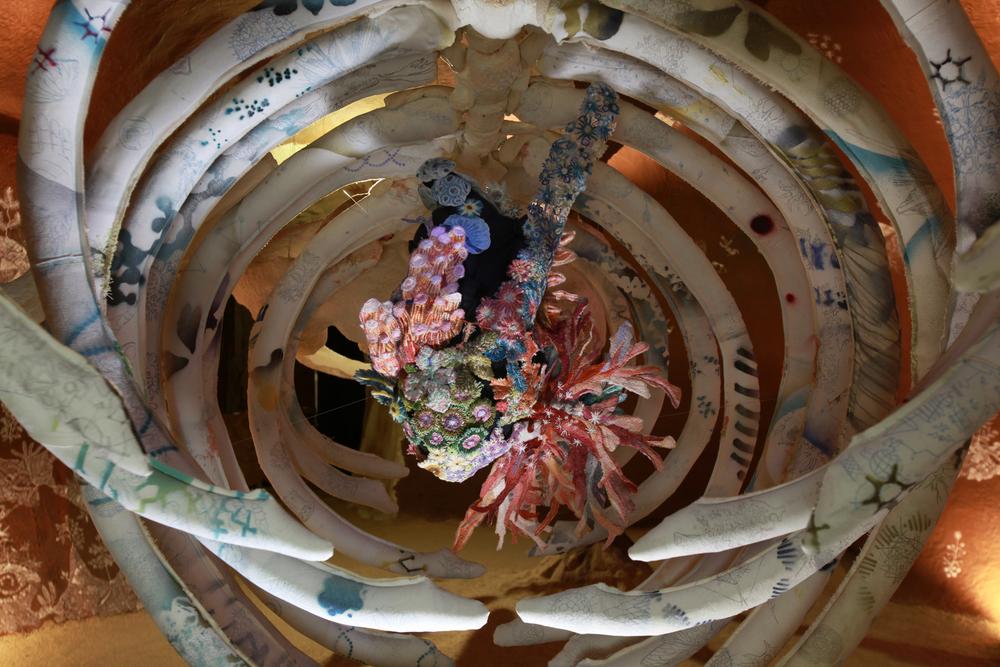 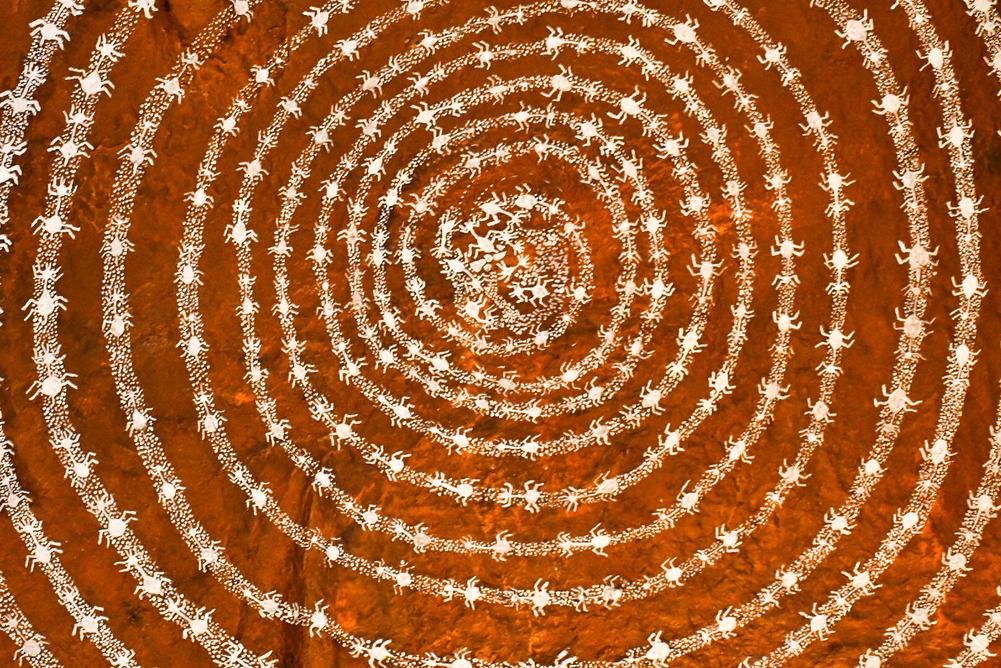 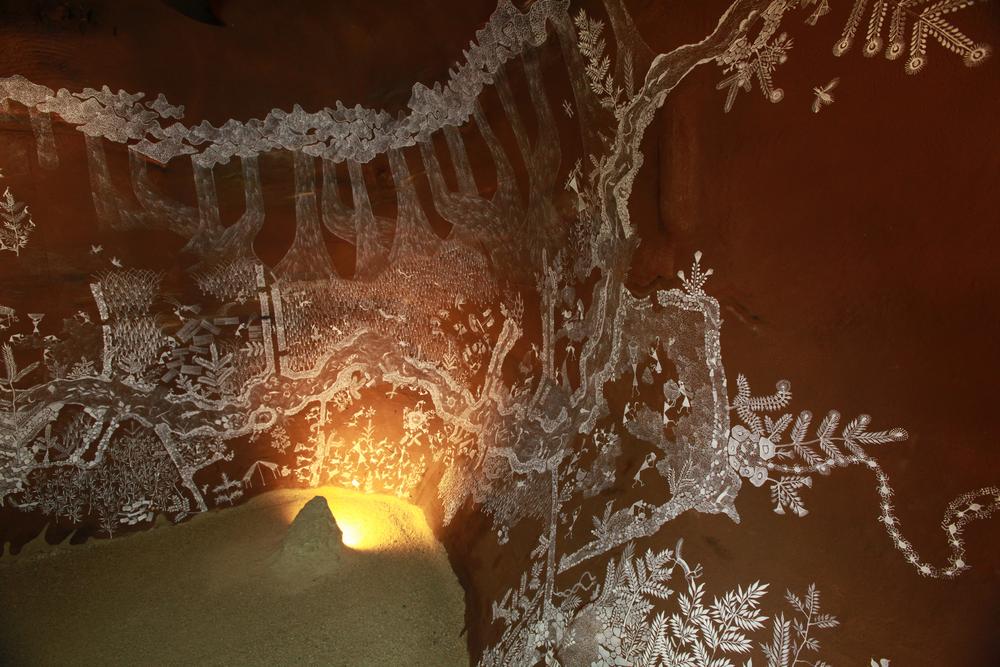 Maki Ohkojima made met the body of a white floating on the surface of the sea it's a body, with its skin melted and exposed fat. Was eaten by many birds and fishes. The sea where the repeated life melt. ”Sea-soup of life” even after the body of the whale has finished their life, it becomes a fossil while serving as a source of various marine life and its skeleton is transformed into an ecosystem house. 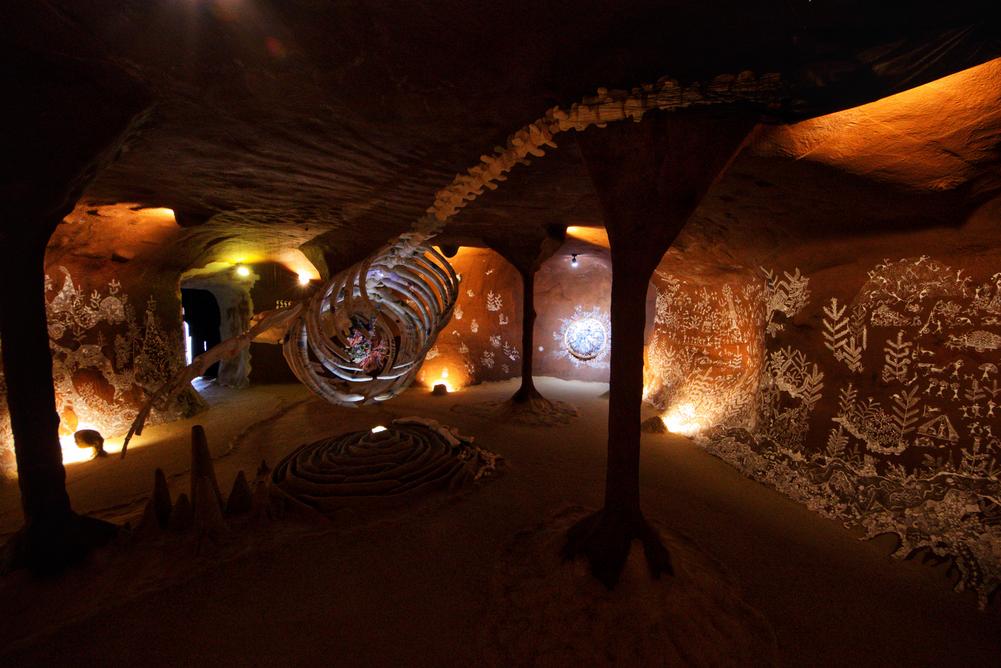 "CAVE MURAL AS A NARRATING THE STORY

WHERE WE CAME FROM" 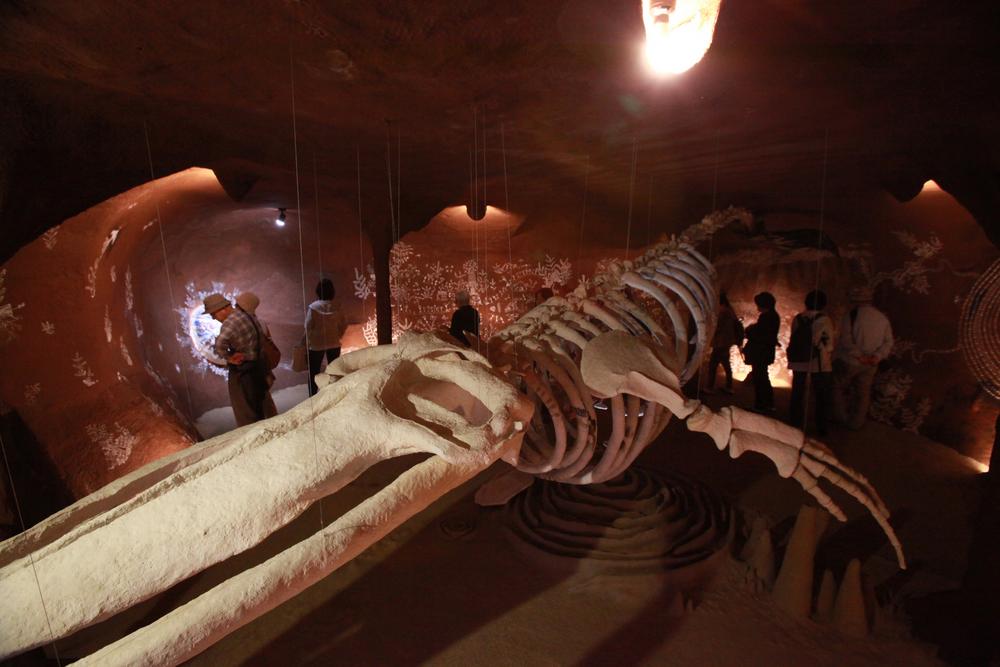 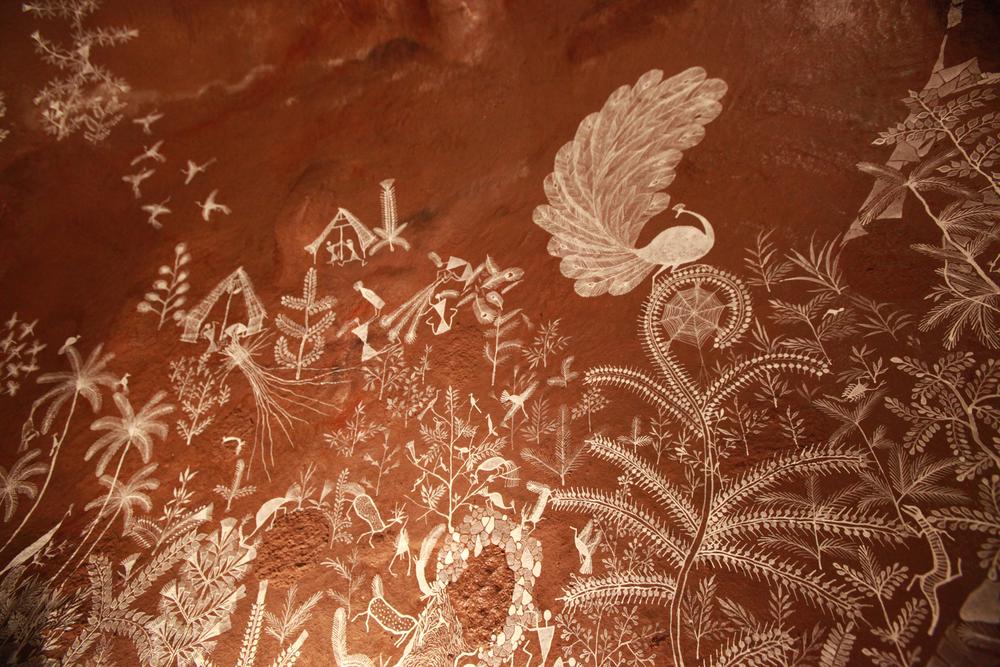 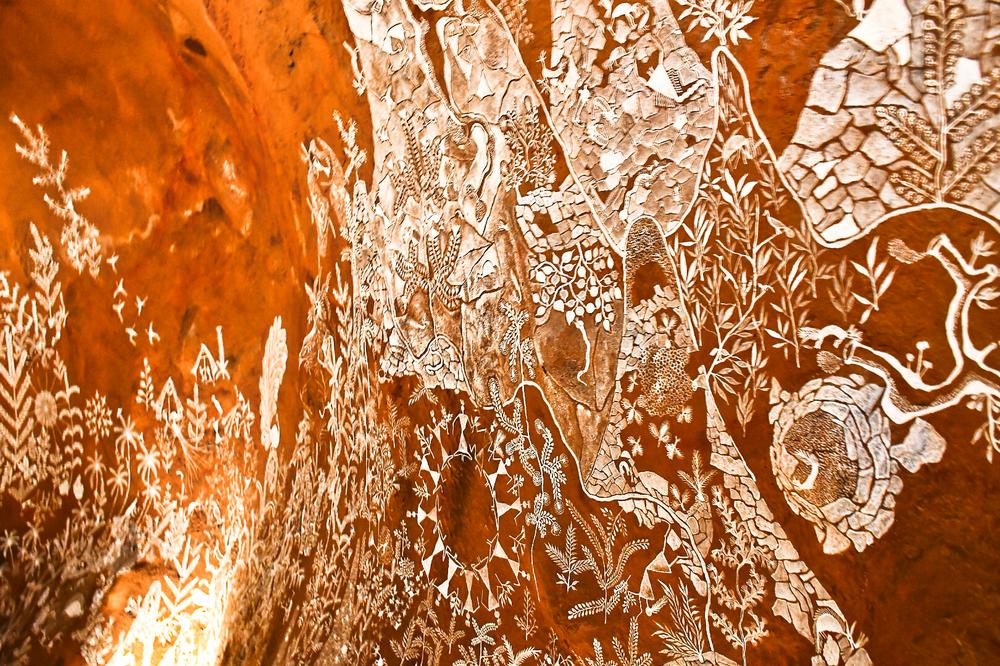