" One of the central striking aspects of much warli painting is the " Tarpa Dance". The Tarpa a trumpet-like instrument, is played in turns by different men and women entwine their hands follow the Tarpa player, turning and moving as he turns, never turning back to the Tarpa. The circle formation of the dancers is also said to resemble the cycle of life."
The Tarpa Dance is generally performed during their festival of harvest. it is also a joyous occasion for them and they celebrate the event by performing their favorite dance from Tarpa. The event takes place during the month of September and it continues up to the auspicious festival Diwali.

There is a lead dancer in the group who leads the dance. the leader of the dance group taps the ground in a rhythmic beat with a decorative stick. they call the ornate stick, ghol Kathi.
The other dancers holding one another around their waists move around the musician. The musician plays on a wind instrument, which is known as The Tarpa. The Musical instrument is made up of bamboo sticks and guard. The tribal people themselves locally make this musical instrument.
It is also known as Harvest dance because it performed in harvest season only during the month of September when seeds start blooming in rice fields till Diwali in the month of October to November 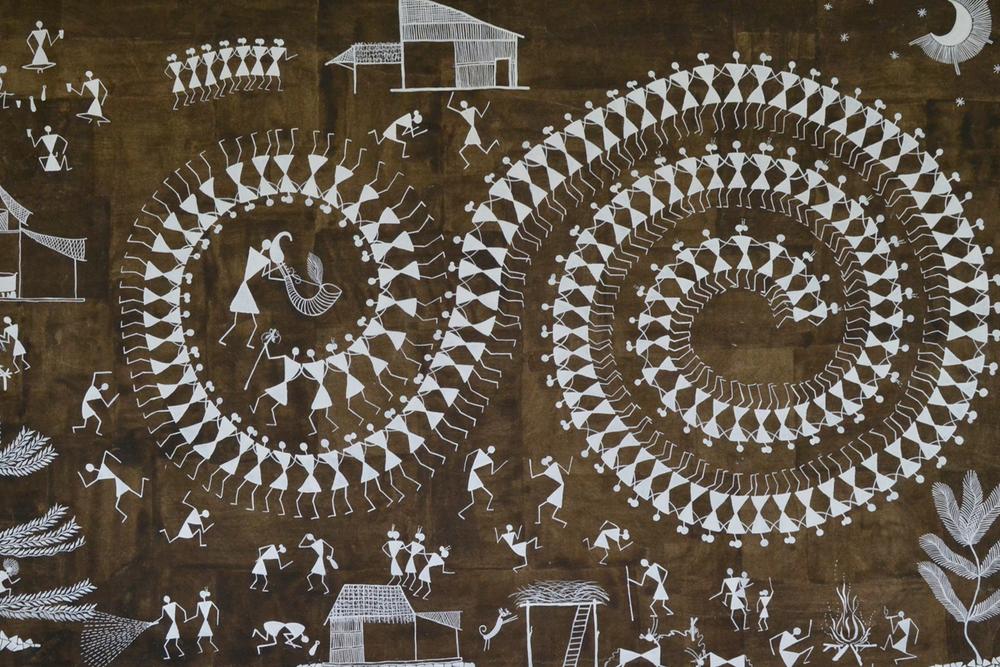 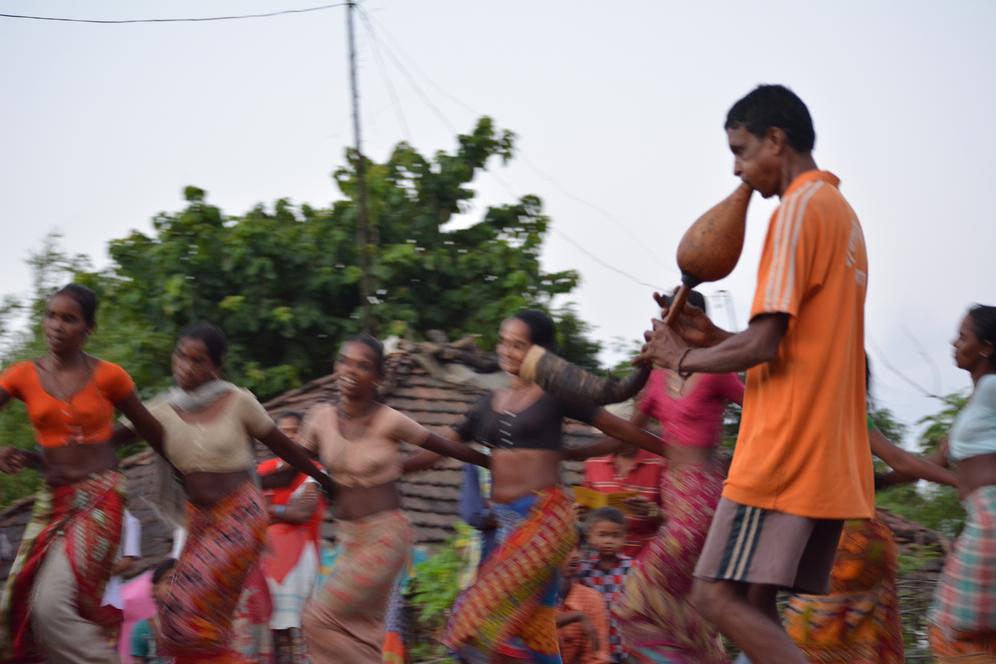