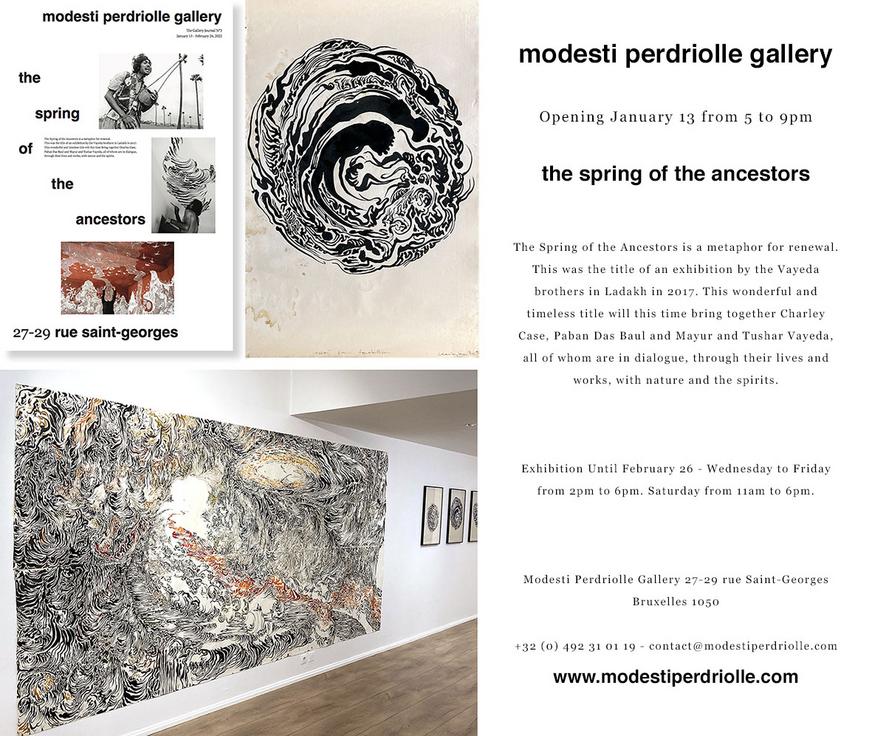 THE DEEP
Mayur Vayeda, Tushar Vayeda
Two young artists from the indigenous Warli community in western India travel from the familiarity of home to the faraway land of Japan. Their fabulously rendered journey resonates with another journey, of discovering how water connects all life – from the humans on the surface to the creatures at the very depths of the ocean. The Deep is a reflection on what is known, and what remains unknown to us all.

Mayur and Tushar Vayeda like to adapt the Warli style of painting to render new material, to bring in different ways of depiction, as well as create new meanings and symbols. They strive to keep the basic grammar of the style intact and connected to its origins. But to paint things that are not found in a Warli environment and to do this brilliantly, in the Warli style, requires great skill and sensitivity. And it is here that the brothers demonstrate their artistic vision: open to the world, they are inspired by what they see, hear and experience during their travels. When it comes to rendering, they return to the basic grammar of their inherited style of painting, and adapt it to the unknown. In the process, they move Warli tradition forward, without diluting its essence.

This hand-bound book has been silkscreen-printed by hand on recycled cotton paper. The marbling pattern on each cover is unique, and made by capturing colour on the surface of water at a moment in time. 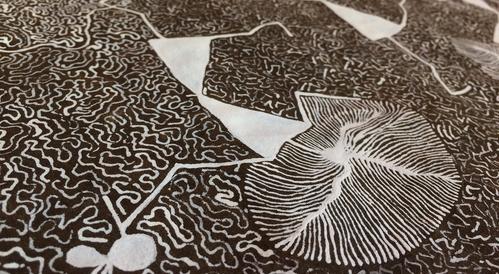 For this landmark tenth edition, QAGOMA’s Asia Pacific Triennial looks to the future of art and the world we inhabit together. It’s rich with stories of how to navigate through time and space, reimagine histories and explore connections to culture and place.

We are Exhibiting two different series of Warli Painting Collections

‘Dhartari: The creation of the world’

"The creation of the world"  is one of the old myths and part of Warli folklore. Warli beliefs are mainly connected with nature. We believe we came from one source of energy from the universe. This folklore is about the creation and recreation of the universe and Dhartari (the Earth).
First, in the deep darkness, Mahadeva and Ganga-Gauri created themselves as the main source of energy, after which they created the universe. To create a better place, they created some other gods from the same energy source. These included the gods of thunder (Vijesar), clouds (Dhagesar), Sun (Suresar) and Moon (Chandesar). They gave them each different responsibilities and kingdoms to rule. However, the new gods betrayed and disobeyed Mahadeva’s orders, and so Mahadeva destroyed all their kingdoms.

‘Disappearing spirits and childhood memories’ explores all the spirits of the Warli tribe. Warli strongly believe in the existence of spirits around them in many forms, and each place around the village has a different spirit. The village, the rice fields, the village-god temple, the jungle and the rivers each have a variety of spirits — and each of them has a specific character. Some spirits are also important parts of traditional rituals and prayers: we pray to them to protect the fields, and to protect family. These spirits include ghosts as well, and some people say they have directly encountered some of the spirits. Most people believe these spirits live in trees and we personally have many childhood memories of them.

In the past 10–15 years the speed of development has seen so many changes, and through this development, many spiritual places have disappeared. Many trees, which are the homes of these spirits, have been cut down. People are slowly forgetting these spirits. So, we are giving forms to these spirits from our childhood memories and imagination, as well as from listening to the stories of Elders in the village.
We aim to explore such places and bring their stories back. 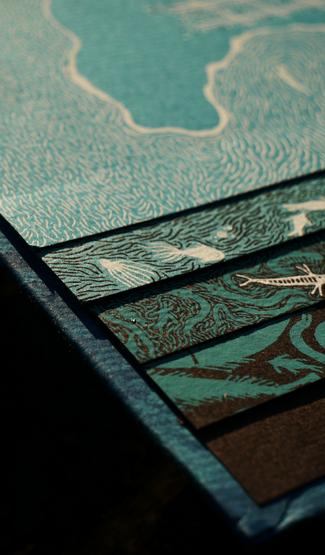 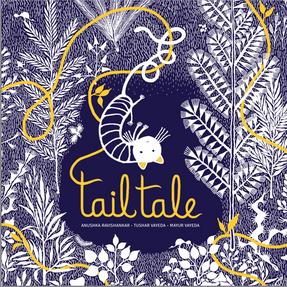 The Art of Mayur and Tushar Vayeda. 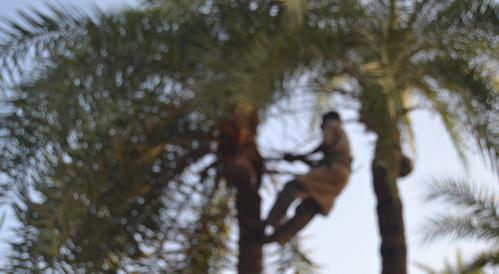